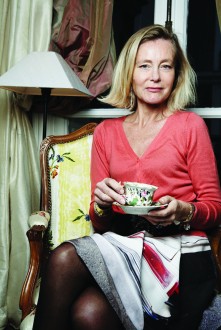 Franceis the birthplace of etiquette! Course in French etiquette will give you an opportunity to go into this exquisite and unique world!

Etiquette is a French concept, first appearing at the times of Louis the Fourteenth (1638 – 1715), who handed his subjects cards containing descriptions of rules of behaviour—so-called étiquettes (tags). Translated from French, the word “etiquette” means “established rules of behaviour”.

Today, using the word “etiquette” we speak of a code of rules for behaving in society, based primarily on politeness, mutual respect, and courtesy, and allowing people to coexist efficiently and harmoniously and reach the goals they set, in whatever situation they may find themselves.

NowadaysFranceis considered to be the homeland of “classical” etiquette, on a par withGreat Britain. And although the English norms and rules of behaviour have been adopted as the basis for international etiquette to a greater extent, French etiquette, with its more solemn character and striving toward luxury and freedom, maintains one of the leading positions and continues to be actively used not only in its homeland but in other countries of the world as well.

Learning French etiquette will be definitely interesting to everyone without any exception, from business people, who, by the nature of their activity, must make visits and relate with representatives of that remarkable country, and to the ladies, who, without any doubt, will find to their liking the rules that place women in a privileged position in society!

The mission of the International School of Etiquette (ISE) is to ensure our students successful integration into international social and business society. In order to achieve this goal, we select the best specialists in English etiquette, who have aristocratic roots and who are, therefore, bearers of the norms and rules of etiquette by birth. Together with them we carefully develop programs that let our students receive necessary information in the most concentrated and clear form possible, and this let our students start using all their newly gained knowledge immediately after completing the course!

If you are interested in attending the course in French etiquette, please write or call us, and we will inform you of the date of the next workshop.

You can view a report on the last workshop here

The mission of the International School of Etiquette (ISE) is to help our international customers to achieve perfection in behavior and receive as much confidence as they possibly could in all fields of implementations, in any country of snobbism or strict rules and cultural difference.

Our mission is to restore cultural traditions of every society almost slightly lost and absolutely crucial nowadays, in order to assure that any country social and business elite can be successfully integrated into the high European society.

Our goals are to offer our VIP customers courses in etiquette and art de vivre, fully meeting their needs and intentions. The result of taking our courses will be their confident and comfortable behavior in any country and in any situation, wherever they may happen to be!

One of our key philosophies — is perfection in every detail!

Traveling programs in castles of Europe

how to have an unforgettable evening

Etiquette of the modern lady